Just read Illinois proposing a special EV registration fee that is 57 times more than standard vehicle fee. $1,000 per year instead of $18. Wow !!!!

They need that gas tax and bad ! 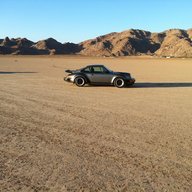 They need that gas tax and bad !
Click to expand...

I was stunned to read it, what a joke !!

Most often if the government want people to act in a given direction there are tax incentives for that behavior. This Illinois tax looks like a disincentive to go Green. It would appear that intelligent government regulators (if there is such a group?) would have credits for EVs until there are substantial numbers of these vehicles on the road, then introduce taxes to compensate for lost fuel taxes. But then what do I know I just ran a profitable business for 39 years. 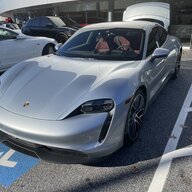 The great State of Georgia charges an annual fee for electric vehicles.

"In the 2015 session, state legislators passed a mammoth transportation bill that killed the $5000 tax credit and added a new $200 annual fee for EV owners.

The new “road use fee” for EVs applies to all pure EV registrations in Georgia, and is applied annually. The fee was $200 in 2015 but is inflation adjusted and is up to $213.69 as of July 2018. All pure EVs in Georgia must pay this fee, without exception. Range-extended EVs (e.g. Chevy Volt, BMW i3 REx) and plug-in hybrids (e.g. Ford Energi models, BMW PHEV models, Toyota Prius plug-in) are given a choice: they can pay the $200 fee when they get an AFV tag (that gets them the HOV lane access described above), or they can choose not to get the AFV tag (and thus not get the HOV lane perk).

In theory this annual fee was to compensate for the fact that EVs don’t buy gasoline and therefore don’t pay for road maintenance, which is funded by state taxes on gasoline. However, EV owners have howled in protest over this because the $200 number they picked is wildly unfair. If you do the math, a comparable car’s annual gas usage results in $50-$85 in taxes paid, and most EV owners are perfectly willing to pay that kind of fee. But $200 is more than the worst pickup truck or SUV would pay in gas taxes, and those heavy vehicles do much more damage to the roads than a typical car. Further, the $200 collected actually does not go into Georgia’s road maintenance budget, rather passes into the general fund.

Every year since then, EV owners have tried to get the legislature to correct this error, however legislators refuse to touch it."​
That's our politicians.

Ohio just passed a "gas tax" increase bill that includes a $200/yr registration fee for EVs and PHEVs. $100/yr for gas hybrids without an AC plug-in connection. The calculations seem to point to 15,000 miles/yr usage and recovery of the road-repair gas tax that was avoided by not using as much gasoline per mile.

Mike V said:
Ohio just passed a "gas tax" increase bill that includes a $200/yr registration fee for EVs and PHEVs. $100/yr for gas hybrids without an AC plug-in connection. The calculations seem to point to 15,000 miles/yr usage and recovery of the road-repair gas tax that was avoided by not using as much gasoline per mile.
Click to expand...

using the same rationale, if you trade an ICE car that gets, say, 20 mpg for one that gets 40 mpg, you should also pay a higher registration fee