felixtb said:
it’s not that I do not get what it represents but the image is actually showing what part of the Taycan under wraps......? That’s is my question.
Click to expand... 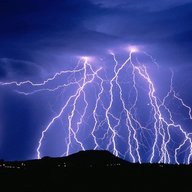 As always "no respect" 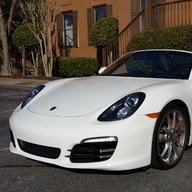 Clear shot of the Taycan spoiler/taillight profile. My guess is that the design is radically different from the Mission E due to regulations. I have yet to see a car with taillights recessed "inside" or covered by a spoiler as in the Mission E.
from Autocar website with interesting article on the Taycanhttps://www.autocar.co.uk/car-review/porsche/taycan/first-drives/porsche-taycan-2020-review They say Tesla has huge panel gaps but what do you think of this? 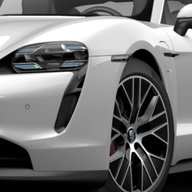 Ron R said:
I was thinking the same thing. Given how quiet EVs tend to be, I wonder if the gasket is larger just to reduce the road noise inside the cabin? I agree that this most likely isn't due to additional camouflage on the door, but I could be wrong.
Click to expand...

So, we have to revisit this theory. Below is a screenshot from the new teaser video of the Taycan photoshoot (I adjusted the lighting):

Notice where the rear door seam lines up with the rear quarter window - it looks more aligned than what we’ve seen. Or maybe it’s just the angle? 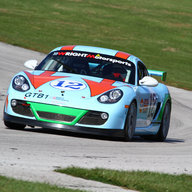 edouard356 said:
I wonder if that is even the Taycan in Paulo's image. Reminder of PAG_J1's image below. The two do not look the same. In Paulo's image, the hood is not recessed as in this image or even close to the prototypes. Why disrespectful?
I’m suggesting the car may have a ‘oversized’ cover over it
ie not representing the cars true shape within

robox said:
Why disrespectful?
I’m suggesting the car may have a ‘oversized’ cover over it
ie not representing the cars true shape within
Click to expand...

By the way I really love the look of the ‘almost’ reveal
Even though I was expecting the duct/spoiler thing, I think it looks stunning
with the skinny roof profile (like soly20 says amazing in white)

Vim Schrotnock said:
This image is not the production Taycan that we will get. The fender flares are considerably higher above the wheel wells and hood, and much more agressive than the production Taycan. I'm quite disappointed that Porsche decided to show a mission E 'under wraps' like it was going to be the production car. This does smack of false advertising to me - maybe not legally but I don't think they've done their reputation a positive by showing a concept car 'under wraps' and having us think it's the production version.
Click to expand...

Until the reveal they can practically show you anything.
There's no law or anything.
It just is what it is.
It's what you expect but isn't.
It's also a waste of time to compare the Mission E with the Taycan, we already know it's going to be different.
So, to prevent a disappointment you should focus on the right things. 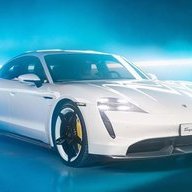 Dee said:
So, to prevent a disappointment you should focus on the right things.
Click to expand...

TheSnape said:
Like comparing the Taycan's sports-coupe profile with a Tesla Model S's hatchback/saloon profile or a BMW 5-series very staid saloon profile - listing two competitors off the top of my head
Click to expand...

Indeed, as the Taycan is the lesser compromised car which is great in this era.

Dee said:
Indeed, as the Taycan is the lesser compromised car which is great in this era.
Click to expand...

That's putting it mildly, it has a completely different profile to either of the two saloons it competes against, looks like an actual sports car. The Tesla far more closely resembles a 5-series or E-class than it does the Taycan. Taycan looks unlike any four-door saloon ever

But you have a point. Normal cars are getting taller anyway just because headroom, or because increasing their dimensions looks like progress. Usually, purely electric vehicles are higher than their conventionally powered counterparts because the relatively heavy and large batteries are positioned in the floor of the vehicle while the occupants sit above them, this is why Polestar 2 and Tesla Model 3 look like quasi-MPV's with a vaguely saloon shape. But because of the Taycan's foot garages, it'll be 1.3 something metres tall - it'll be lower to the ground than any four door vehicle.

Exactly.
That foot garage is a great example of using the advantage of having several separate "fuel tanks" which you can put wherever you like for optimal use of space.

Dee said:
Exactly.
That foot garage is a great example of using the advantage of having several separate "fuel tanks" which you can put wherever you like for optimal use of space.
Click to expand...