It’s interesting to note that the first car officially unveiled with the Porsche Taycan’s platform is, uh, not the Taycan, and it’s not clear if Audi’s GT will benefit from the same 800-volt battery architecture and fast-charging as the Porsche, since the E-Tron crossover doesn’t.

Bild’s reported acceleration figure of zero to 100 kph in less than four seconds, which could be similar to the Porsche Taycan’s teased performance of zero to 60 mph in around 3.5 seconds, though it would make sense to make the luxurious Audi a bit slower. 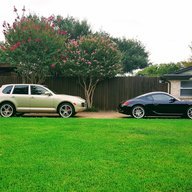