Does the new Apple Lossless Audio for Apple Music change your mind of getting Burmester?

There's still a long way to go for Spotify Lossless. To be honest, I can't tell the difference between normal and HIFI quality. I might try Apple Lossless since I was just gifted AudFree Auditior. (A kinda Apple music converter?) It says it can download Apple Music as local M4A files without purchase.
Advertisement 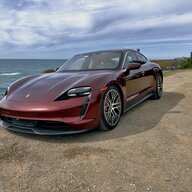 As an audiophile, I was curious to learn if the Burmester was truly worth the $5700 premium over the Bose, so I auditioned both at my dealer for an hour or so.

I didn’t drive around, I just sat in their lot going between two Taycans trying to discern the differences and my conclusions were that the $5700 up-charge for the Burmester was simply unsupportable.

Granted the Burmester was subtly better, a tighter low end with some greater detail in the highs. But $5700? I don’t think so—I wasn’t that much better.

I listened to a variety of tunes, all Apple Lossless, and when you take into consideration road noise (which is admittedly minimal) and ambient sounds, the Bose didn’t sound substantially worse than the Burmester and in fact sounded just fine.

If Porsche had priced the Burmester at a more reasonable up-charge of maybe $1200-$1500, I might have come to a different conclusion. But $5700 is simply too much for a sonic nuance you’re unlikely to hear even under the best of circumstances. In my opinion, that money is better spent on performance options, which after all, is what Porsche is about. 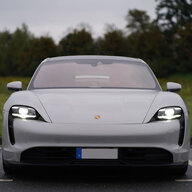 @Torv I fully agree with your observation. I ordered the Burmester on my Taycan and wouldn't order it again. To me it's not worth the up-charge. Next time I will spec the Bose soundsystem and put the saving into other options.
2022 Taycan 4S | Delivered Oct 2021 | Chalk exterior and blackberry interior with chalk stitching
Porsche code: http://www.porsche-code.com/PN6SRNV6
Advertisement
You must log in or register to reply here.
Share:
Facebook Twitter Reddit Email Link