Have any of you had a problem-free Taycan experience?

festus_mcBitcoin said:
I'm trying to determine if the wide variety of problems described on this forum are (1) common amongst Taycan owners in general or, conversely, (2) most owners are problem-free but simply don't post on venues like this one.

I've been driving 911s for about twenty years now. My current vehicle is a 2015 911 Turbo S, which has run flawlessly for six years. Pretty much all of my 911s have been awesome. I just drive the car off the lot, bring it in for maintenance when the display tells me to, and don't even think twice about reliability.

I infer from the threads on this forum that the Taycan is in some kind of strange beta-test phase; not really suitable for production use in the real world, but perhaps a fun hobby project for retirees and EV enthusiasts with multiple vehicles, to be used only as a secondary or tertiary car.

The 2021 Taycan Turbo S I have on order (due Jun 4) will be my daily driver. I've never owned more than one car. The idea of having to buy an additional vehicle as a backup for when the Taycan inevitably and unexpectedly 'bricks' itself isn't terribly appealing to me.

My dealer says if I want to back out, maybe get another 911 Turbo S, not a problem. I can always get my deposit back. And I might do just that. But before I do, I thought I'd post here and see if any of you have actually had a relatively trouble-free experience with your Taycan. I'd really like to convince myself that I'll be one of lucky few who get a solid vehicle, but that may just be magical thinking on my part. If the community consensus is more along the lines of, "Dude, you're a beta tester. Of course you're going to have major problems and the car will leave you stranded and be in the shop for weeks at a time. Deal with it." -- well, then maybe I should stick with the 911, or perhaps Tesla if I want to migrate to electric.

If you ended up with a solid and reliable Taycan, not necessarily perfect, but all major components are working as advertised, I'd love to hear your story! Maybe I can maintain sufficient enthusiasm to stay on track for my delivery.

MY only issues since owning the car are software related and the fact Porsche N America has untrained staff that are useless to speak to re problems. My software never worked right from day 1 then mysteriously 5 months later on March 1, 2021 everything started working. Dealer has no idea why everything started to work. I am taking my car in tomorrow for a 2 day software update that all 2020 Taycan's are receiving. As far as the mechanical aspects of the car- the car is great, drives amazingly, range is great and the car is super fast. All said EV is the future for VW and Porche from what I read so I say buy a Taycan. 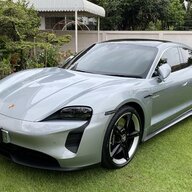 I had my 4S in October 2020. Never used Apps and PCM. Bought my own Home Charger from Wall Box brand.

Love the car. This is my first Porsche. 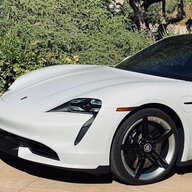 I've said it before. When you go on a forum, it's mostly because you have a problem, or you want a problem to have something to b...ch about. 99% of Taycan drivers don't even know this forum exist. The other 1% consist of 0.5% problem owners, and 0.5% "enthusiasts" Disclaimer: the %-ages are not statistically confirmed. My 2020 Taycan Turbo now has 5k miles+ with no problems, except the occasional charging (read EA) issue. I love it, and I get more than the normal supercar "thumbs up" when driving it. Get one - you won't regret it! So fun and better than any ICE car. 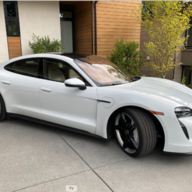 I’ve had an occasional PCM issue, but nothing that stopped me from driving and enjoying this car.

I do read this forum to stay informed, and to learn from those with previous EV experience.

Count me as a very satisfied owner
SamS 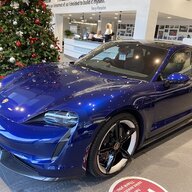 Yes.
3 months into ownership.
Just the odd little pcm glitch, but most of those have seemingly been ironed out with the latest update. If I’m honest most of my issues have revolved around car play & the way it interacts with the pcm.
Car turns head & drives fantastically so really glad I bought it.
Advertisement
You must log in or register to reply here.
Share:
Facebook Twitter Reddit Email Link

Any site suggestions? Something took a bite out of me on freeway

Poll: How many launch controls have you done in a Taycan
2

Did you know you had hooks in your Trunk?
2

Someone at IAA in Frankfurt? Have 2 free tickets...