Porsche Taycan Will Have Lower Center Of Gravity Than The 911

The man responsible for the development of the Porsche Taycan has revealed the upcoming electric vehicle will be a Porsche through and through.

In an interview with the company’s customer magazine, Stefan Weckbach said the Taycan “drives like a Porsche, looks like a Porsche and feels like a Porsche.” He latter elaborated on this by saying all Porsches must be the sportiest vehicle in their segment and this also holds true for the Taycan.

Speaking of performance, Weckbach said the Taycan’s under-floor battery will allow the model to have lower center of gravity than the 911. This isn’t terribly surprising as batteries are heavy, but the company’s head of battery electric vehicles went on to say the model will also have impressive longitudinal and lateral dynamics.

Engineers have also worked to ensure the Taycan won’t suffer from performance degradation after multiple hard launches. In order to prevent this, Porsche has developed “permanently excited synchronous motors” which are similar to those used on the 919 Hybrid. The car also has an active cooling system that constantly monitors cooling requirements and can immediately send water to the components that need it. Since the Taycan will become Porsche’s first modern electric vehicle, the engineering team was faced with the difficult challenge of balancing range and performance. In order to maximize both, engineers focused on making the car as light and as aerodynamic as possible. Porsche also focused heavily on the lithium-ion battery pack and the result of all this effort is a range in excess of 310 miles (500 km).

Nice but lower CoG to be expected. Hopefully they can shave off some of that extra weight. 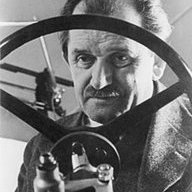 If they can get the Taycan to be close to the Mission E Concept's weight of 4400 lbs, that'll be really impressive.
Advertisement