artdept said:
amI the only one that hates the key fob?
Click to expand...

It's the same key fob as all the other models.
Advertisement

riburn3 said:
I take delivery in the next week or so. It's sitting at the port in Houston.

One reason I felt comfortable making the switch, was I had a RWD (without the PB+) loaner for about a week, which I used for 100% of my daily routine. Although it wasn't nearly as fast straight line, it still had plenty of passing speed, which I value more, and was still a blast to drive.

Considering the CT4 with it's standard PB+ is faster than the RWD Taycan, I knew I would be fine making the jump. I really love the 4S, but I already had a Performance Tesla before it and was over the straight line acceleration, and the handling is really what I love about Porsche. Although I could have gotten a CT4S, I had a hard time justifying the extra cost for a few tenths of speed that I already knew from owning a 4S I hardly needed.
Click to expand...

Ok your use case and context is very similar to mine. I currently have a Model Y Performance and was worried about the Porsche being “slower”. I had a RWD for a weekend and fell in love with the preciseness and experience, and decided to jump ship. I trust that the reduction in standstill performance will be remedied by the overall experience. I should get mine in Jan.

Does anyone know whether the car in the video is ’White’ or ‘Carrara White Metallic”? I like the Taycan in white with contrasting black roof etc but I’m debating which white to choose.
Last edited: Nov 16, 2021 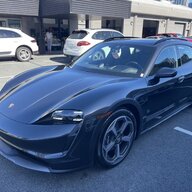 Good review.. Liked it and spec'd my CT4 for me not the next owner tho also! LOL

I enjoyed the review but 3 things he said were "must haves" are, for me "wastes of money", painted key, sport sound and electric charge hatch and whilst he had spent a fair bit on the exterior options I am an old bloke who doesn't care what other people think my car looks like so spent most on the interior - which is the bit I see and interact with.

I am still in two minds about PDCC though, as an engineer I appreciate it and the potential for better ride but it is very expensive and I am pretty sure I don't need it.

I have specified my car for my own enjoyment not to suit the next owner. 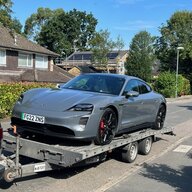