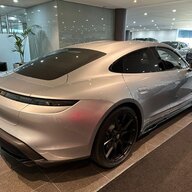 Content is the life of the TF so my plan is to bring you a soup to nuts, or should I say a Gulaschsuppe to Macadamia nut narrative, of my new car from factory to dealer…and beyond. While I ordered a new GTS back in March, I only received the news a couple of weeks ago, about a production slot and order number, which I can use to track progress and report out to you all.

It’s going to be a bit of a long story, since the east coast of Australia is one of the more remote global delivery locations for Porsche. I read with interest the anguish from my UK cousins about having to wait a few days for their Porsche to ship to the UK, or even worse for my US friends having to wait up to two weeks. Well for us Aussies on the east coast it is 56 days at sea, and because there aren’t quite as many vehicle carriers scheduled to come out this way, it can often be a bit of a wait on the dock in Germany beforehand. As with so many of us on the forum, so close and yet so far.

What am I ordering?

You can see it’s a GTS in Dolomite Silver, RS Spyder wheels with an Olea black leather interior inside. I’ve noticed configurators vary quite a bit around the world with the package options, so rather than list the config, it includes:


What were the major selection choices?

What is the current status?

My car is currently scheduled to commence production on February 10th, which is 62 days away. This assumes no production delays. Originally, I had a January production slot which limited me to a Bose sound system only, however with the move to February I’ve been able to reinstate the Burmester sound system to the order, thanks to some fancy footwork from my Dealer. When will it arrive in Australia?

This required a little bit of detective work, as the Porsche website currently lists June 12th next year as the arrival date. That clearly is too far away! So, car completes production on February 17th and is released for shipping the same day. The website map shows the car departing from the port of Bremerhaven. My current BMW came from the same port on a ship operated by Wallenius Wilhelmsen, and with a quick search of their website I was able to find the following:

So this shows the ‘Toronto’ departing Bremerhaven on February 23rd, with Port Kembla arrival on April 20th. Port Kembla is the location closest to Sydney with vehicle RoRo. Will my vehicle be produced in time, is 6 days enough time for it to be shipped by rail from factory to port, is it earmarked for the ‘Toronto’ or will it sit on the dock and line up with another vessel to align with the June 12th date? Who knows really, but readers I will be keeping you abreast of all changes and developments. I’d also like to point out on the Wallenius Wilhelmsen map above, that the ‘Toronto’ is not able to traverse through the middle of Australia like a hovercraft. You’d think a shipping company would use shipping maps on its website. Note the route on Porsche site, the vessel will hit Australia at the port of Fremantle on the west coast before it heads east to Port Kembla via Melbourne.

Once I have the vehicle VIN, then I will be able to confirm if my car is loaded on the ‘Toronto’ and track it all the way to Port Kembla on the Wallenius Wilhelmsen site and some shipping tracking software.

That’s it for now. Stay tuned. 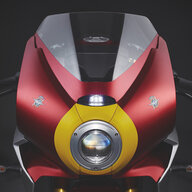 Cool thread @OzzieT. As an expat Aussie myself (Warriewood/Mona Vale northern beaches born and bred), I’m going to be reading with interest.

The latest news, is my production start date has moved out by one day, and is now due to commence February 11 and complete February 18. This will leave only 5 days for my car to make the ’Toronto’. Not exactly anxiety inducing, but a 680km train journey from factory to port may be a bit of a challenge.

Welcome and enjoy the wait. My 23 GTS just arrived at my dealer and ill be going to pick it up next week after an almost 9 month wait. 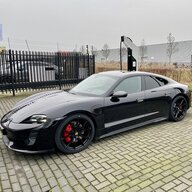 Love the wheels, on my list too.
OP
OP

The latest developments are my freeze date is now 11 January and production commencement 10 February - both have come forward by a day! That's the good news.

On a slightly disappointing note, assuming my forecast/assumptions on shipping are correct, the departure date of the 'Toronto' has move to right by 10 days. But this will provide more time for an assumed production finish date of 17 February for my GTS to make the trip to Bremerhaven in time to make the 'Toronto'.

We have now reached changed freeze point. Locked and loaded. 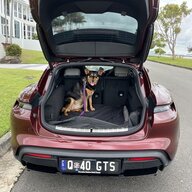 Now you are in for the most painful waiting period

Hang in there, once you have the car and are blasting through the hills you will forget all about the wait

Manyana said:
Now you are in for the most painful waiting period

Hang in there, once you have the car and are blasting through the hills you will forget all about the wait

In further developments, there appear to be two other shipping options, in addition to the 'Toronto' departing Bremerhaven on 4 April and arriving Port Kembla 29 April. They are:

Both options provide an earlier arrival date, but here's hoping it's the 'Berlin'. On a more trivial note, my current Bmer arrived on the 'Trapper' June 2019.
OP
OP

My production date has just moved out a week from February 10 to February 17. Given the shipping options this is likely to have a significant flow on impact to my hoped for April arrival at Port Kembla. Very frustrating and disappointing. 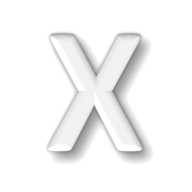 OzzieT said:
My production date has just moved out a week from February 10 to February 17. Given the shipping options this is likely to have a significant flow on impact to my hoped for April arrival at Port Kembla. Very frustrating and disappointing.

Not trying to depress you, just trying to set your expectations. I never changed a single option since allocation. My car reached a freeze point 3 times, then unfroze 3 times. The 4th time finally took. Production also moved a few times, but once it actually moved sooner. My original delivery date was mid December 2022. I still don't have the car, I'm in the USA, and I agreed to take delivery on the opposite coast, then drive it 5,000km in order to take delivery sooner. The silver lining it that the car shows as produced, and it's on its way, however it may be missing parts which will get it stuck at the port of entry until parts arrive and can be retrofitted.

Perhaps your Porsche original estimate was not overly optimistic? I would assume delivery around the time of the original estimate, hope for earlier, but be ready for later. Welcome to the post COVID-19 world. I hope it will be worth the wait - I'll let you know once I get mine. I put my first deposit down in June 2021, so I have been learning the virtue that is patience.
You must log in or register to reply here.
Share:
Facebook Twitter Reddit Email Link

Taycan 1,000km from Melbourne to Sydney

All ranged up and nowhere to go…

FGVs and if to buy outright 🤨