HERE'S MY I CAN'T GET THERE FROM HERE DILEMMA. I would like to buy a Taycan 4s with the 93.4kWh battery. HOWEVER, I live in Tucson AZ, and often drive from Tucson to Las Vegas NV in the summer. I have recorded outside temperatures when passing through Phoenix in July and August of 115F + (46.1C), and in Las Vegas of 112F (44.4C). I note that the Porsche.com/usa website doesn't have the range calculator that the international websites do. I used the location of Middle East Region, and Dubai as the location in order to try and get a sense of the range of a Taycan 4S with the 93.4kWh performance plus battery. I played with the settings for city=0%, country road=0%, and motorway=100% with the outside temp of 40C (104F), "preconditioned " inside temp of 22C (71.6F) with the AC on: Range=368 km (228 miles), with ECOPlus on: 396 km (246 miles). That sounds pretty good until one checks out the location of the charging stations with at least 50kW capacity along a route from Tucson to Las Vegas. Knowing that the car won't be "preconditioned" to 71.6F, and the ambient temperatures are up to 110-115F along the way. The route with Electrify America 350kW stations (one up in Buckeye AZ and one coming soon to Quartzite AZ) and a 50kW fall back in Blythe CA, has a problem when one tries to drive from Quartzite or Blythe to Las Vegas. Its 240 miles (Quartzite to Las Vegas) and 210 miles from Blythe. and it has a couple of hills/inclines. Too much anxiety given even the best ECOPlus range. Also, I can't seem to find what ECOPlus will do when the outside temperature is 115F. Would like to know what it does, even when its only 104F outside. My decision to buy a Taycan 4S seems to rest on the ability to Get there (Las Vegas) from here (Tucson). The alternative to the 445 mile route through Blythe/Quartzite to Las Vegas is a 645 mile route through San Bernardino and up I-15 to Baker and then Las Vegas! Lots of charging stations along I-10 & I-15.

Thanks. It created the same route I have a problem with. The distance from the Blythe CA charging station to any of them in Las Vegas/Henderson is still over 210 miles. Given that it is often done in extreme heat of over 110F, and with some inclines, I have a hard time believing that the 4S would have a 80% charge range of even 200 miles. Not willing to take the chance.At Blythe it will take almost 1.5 hours to charge to 80% for its 50kW charger. In 110F degree heat, the inside of the car would definitely not be "preconditioned" to 72F as the range estimator in Porsche.com/international says it needs to be to get the range even at only 104F (40C). I still haven't been able to find out what an ECOPLUS setting of the climate control would be able to maintain in the 4S when it is 110F+ degrees outside.

You should contact Electrify America and suggest a location for their plans. They actually got back to me with a good reply about why my specific suggestion was not a priority. You may find that it is part of their short terms plans, or may help them see the value of putting something along that route. You can contact them on their website.
OP

Reg said:
You should contact Electrify America and suggest a location for their plans. They actually got back to me with a good reply about why my specific suggestion was not a priority. You may find that it is part of their short terms plans, or may help them see the value of putting something along that route. You can contact them on their website.
Click to expand...

I will give that a shot as well. That's a long term solution. As it stands, it is not looking good for me to buy a Taycan 4S even with the larger battery since it is almost evident that I really can't get there from here! I often wonder what is holding up charging companies from getting with the service station folks and installing charging stations at the service stations, particularly, when there are not many DC Fast/50kW charging stations around such as along US95 between Blythe/Quartzite and Las Vegas...would be nice if someone put one in in Needles CA, since that is also along I-40. Note: Terrible Herbst gas stations in Henderson NV also have charging stations. 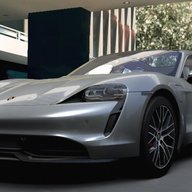