Atlanta, Georgia. Porsche Cars North America, Inc. (PCNA) today announced U.S. retail deliveries in the first three months of 2021 totaled 17,368, up 44.8 percent from the same period a year earlier. The result was just shy of a record 17,560 deliveries in the fourth quarter of last year, meaning PCNA has now seen its two best quarters ever back-to-back and the third positive quarter in a row in terms of year-over-year growth.

PCNA is the sole licensed importer and distributor of the Porsche 911, 718 Boxster, 718 Cayman, Macan, Cayenne, Panamera and Taycan.

“Porsche passion is alive and well in the United States. These results are a testament to the drive of our dealers and colleagues as well as the strongest lineup of cars we’ve ever had – from the 911 to our first electric sports car, the Taycan,” said Kjell Gruner, President and CEO of PCNA. “We are able to deliver exceptional experiences to our existing customers while also exciting new audiences. We have ambitious goals for the future and will continue to forge ahead, exceeding expectations along the way.”

Q1 deliveries of the Porsche 911 rose 7.4 percent from a year earlier while the 718 Boxster and 718 Cayman combined more than tripled. Both SUV models, the Cayenne and Macan, performed strongly. Customer demand for the all-electric Taycan drove deliveries to the highest level yet of any quarter since it first arrived at dealers in December 2019, helped in part by the arrival of the latest variant, the Taycan rear-wheel drive model. 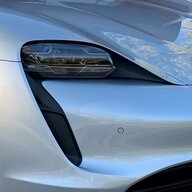 @Administrator, thanks for these data. The trend which was already clear in 2020, with Taycan cannibalizing Panamera, continues in full force in 1Q2021. 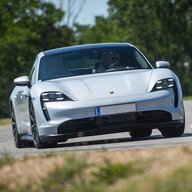 That will turn again when the EV-Panamera is available. 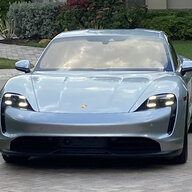 There is no Panamera inventory on the lots, the 2021 is only just starting to trickle in, which accounts for the low sales.

Taycan sales surge in the USA