Taycan roadtrip for newbie EV owner was a bust

TC Fan said:
I'm only given the choice of either credit cards or loyalty cards, none of which have an Evgo option, for example (or an RFID option).
Click to expand...

I looked at my EVgo account and I’m not able to create a digital card for it like I can with ChargePoint or Electrify America. 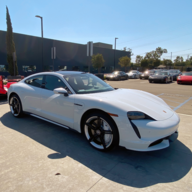 lay3r3 said:
I looked at my EVgo account and I’m not able to create a digital card for it like I can with ChargePoint or Electrify America.
Click to expand...

Yep. EVGo don't support contactless cards in Apple Wallet. Which is too bad, because they do support contactless cards. The good news is that they will send you a NFC card free of charge. I have one in each of our EVs, and I'll be getting another for the Taycan. In our area, many of the EVGo chargers are in parking garages with little to no cellular service, so it's essential. 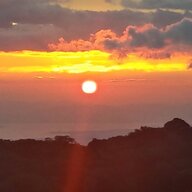 lay3r3 said:
Man I would really be surprised if there wasn’t something equivalent! It’s a great feature to be honest.
Click to expand...

Google Pay has a "Passes" option...that might where you store all of these type of loyalty cards. 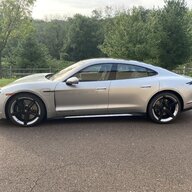 Interesting observations. I'm about three weeks into ownership and travel distance with zero issues. Planing is necessary, but once you get the hang of using the Porsche Nav as a base navigation with stopover identifications and obtaining all the correct apps for EVgo, Chargepoint and Electrify America (open accounts on phone and list a credit card) you're in pretty good shape. All the provider apps show you who's on, if a charger is working or even schedule arrivial in advance. Locating a charger in dark of night is easy by using the map locater.

It does take planning at this juncture, but most long range trip do anyway. EVHotels is terrific too in that you can easily plan stop over hotels and see their charging capabilities in advance.

I'm a multi Porsche owner and can't seem to get my butt out of this Taycan Turbo. The car is just that good and way too fun to drive.

The effort is worth the trip win my view. 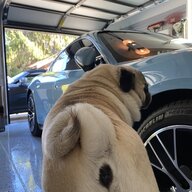 The PNW is not as EV-friendly as it would seem with the number of evs on the road. Last Summer, we did a road trip to Portland and back from Seattle in my friend's new Tesla. First mistake, he rented a house with no way to charge. On the morning we drove home, we went to a hotel downtown for lunch and asked them to charge the car. They did not use the supercharger, so our trip home took eight hours due to having to sop at every charger between Portland and Centrailia (where the super charger is located). We visited a croc store, a lumber yard, and every random nook with a charger. Some were broken. He used the slower chargers to get just enough juice to get to a supposedly faster charger, which were of course broken or not at the KW advertised. Until we hit Centrailia, we could not run the AC or go above 60. It was torture. The trip to Portland was amazing, the ride home was not.

I learned some very important lessons on that trip; the first of which is planning!!!! I'm already working out the route for a quick trip to San Diego to pick up something. It won't be as scenic as some of my road trips, but at least the drive will be fun.
Advertisement

Poll: What state of charge was your Taycan delivered with?