Warning ! Do not place your chocolate in the frunk ! 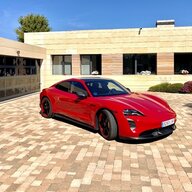 Had a disappointment last night when I was about to eat my daily dose of fine swiss chocolate, as it was soft due to the heat in the frunk. To be truthful, it would probably have happenned as well in the trunk or even in the cabin. I drove from Madrid to the Algarve in southern Portugal. All the time the temperature was between 30 and 35 degrees outside. We made three charging stops and one lunch stop. Actually I found two Iberdrola 150kw nominal stations which actually only delivered 120kw. Yet at my first public charging station, I was stuck for over an hour without charging, as the charging plug and cable would not release. I called them and they told me to pull and pull and twist and repeat and nothing ! Then I called the maker of the charger who insisted on the same approach and assured me that there was no mechanical release. After using an incredible amount of force while still being on the phone it finally popped out ! Must be the first to use it, and since it is not covered probably rain just made it stick like crazy ! Anyway after 12 hours including all stops we arrived safely ! Only 750km. enjoyable kilometers at speed not exceeding 140km/h due to speed limits, distance between chargers and running-in the car. More to come.

Glad that you took the car in the end
OP

bangersandmash said:
Glad that you took the car in the end
Click to expand...

So am I ! Have you heard that sea breeze does wonders healthwise ? The mike fault is gone as of this morning !