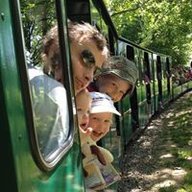 The last bit is key - given that the turbo s will be doing 100kph (give or take) when the launch control boost is deactivated after 2.5 seconds then it stands to reason its 80-120 will be slightly faster.

The hp vs torque argument is funny and I’ve had my fair share of contributions
As far as ICE cars are concerned it comes down to multiple gears - a higher top hp allows you to run a lower gear ratio for the equivalent road speed. Anyway it’s the area under the graph you want not peak (hence why turbo cars always outperform equivalent hp n/a cars.

I guess until somebody gets one on a rolling road it’s all conjecture.

Does Taycan Turbo S have 500 times limit of launch control use?
2